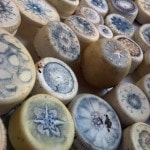 On Friday, January 18th, from 5:00 to 7:00 pm the AFS Gallery opens its doors to Plastic Planet an environmentally-themed art exhibition that features the work of artists Holly Mackay, Richard Lang and Judith Selby Lang. Plastic Planet will help you re-think the way you view this ubiquitous substance.  Mackay says, “In the winter of ‘98I began collecting plastic from the beach. The rules were I had to collect everything unnatural that I saw, except cigarette butts… Then with this giant pile of colorful detritus I’d start to make these sculptures. It is an extremely satisfying process. These are made from 100% found beach plastic. Materially, I am trying something new and painting a little on the pieces.”

Mackay’s sculptures are beautiful, evocative and very detailed. “My aim and natural tendency artistically is to find and transform the bad in a way that it’s palatable, even appealing or sexy with the thought that it might help people engage with problems, ecological and other, more directly.” 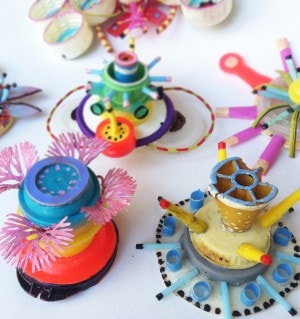 Since 1999 Judith Selby Lang and her husband Richard have been visiting 1000 yards of Kehoe Beach in the Point Reyes National Sea Shore in Northern California where they gather plastic marine debris that travels from as far away as Japan and Korea. The amount of plastic they find is astonishing, in one year, they collected 4,000 pounds.

Selby Lang explains, “By carefully collecting and “curating” the bits of plastic, we fashion it into works of art— art that matter of factly shows, with minimal artifice, the material as it is.”

Selby Lang’s work with her husband was the subject of a short film One Beach Plastic and has been featured on NPR and The Today Show. For Plastic Planet, the Langs will be showing their photographs of found plastic debris. 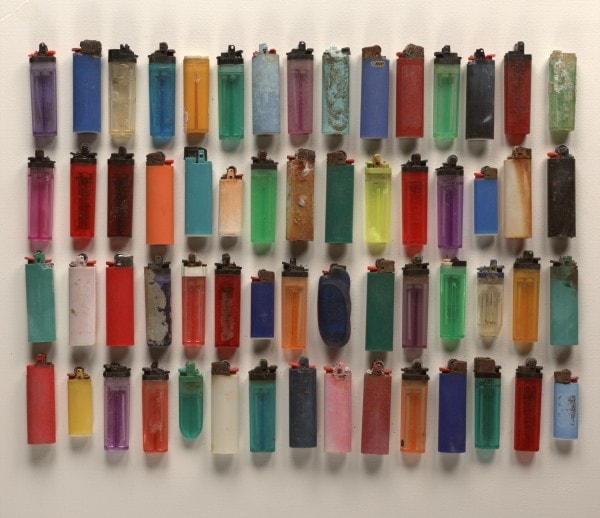 All of the artists in Plastic Planet are concerned about the large amount of plastic that is rapidly filling our oceans.  Mackay finds it “incredibly ironic that there are so many water bottles polluting our water.”

Selby Lang elaborates “The viewer is often surprised that this colorful stuff is the thermoplastic junk of our throwaway culture. As we have deepened our practice we’ve found, like archeologists, that each bit of what we find opens into a pinpoint look at the whole of human culture. Each bit has a story to tell.”

A program of Explore Ecology, the AFS Gallery offers artists a unique space dedicated to assemblage and other art forms.  Explore Ecology’s education and art programs combine environmental awareness and artistic creativity to create a connection between people and their environment.

Save the date! Plastic Planet opens onFriday, January 18th and will be at the AFS Gallery until February 23rd.