Art From Scrap Announces Winners in Lost in Scrap Exhibition

By Explore Ecology
Posted September 29, 2015
In Art Discovery, Art in Santa Barbara
Art From Scrap Announces Winners in Lost in Scrap Exhibition2015-09-292015-09-29https://exploreecology.org/wp-content/uploads/2016/10/explore-ecology-logo.jpgExplore Ecologyhttps://exploreecology.org/wp-content/uploads/2016/10/explore-ecology-logo.jpg200px200px
0
Congratulations to artists Rosemarie Gebhart, Sharon Nigh, and Joyce Wilson! They are the winners of the Hollister Family Awards for their work in the Lost in Scrap exhibition at the Art From Scrap Gallery.

This year’s judges were Nathan Vonk, President of the Santa Barbara Arts Collaborative, Kerry Methner, Editor at CASA Magazine, Greg Corso, Publisher of Santa Barbara Seasons, and Jeremy Tessmer, Gallery Director at Sullivan Goss.  The judging panel came to a conclusion after looking at over sixty assemblage, collage, and multimedia works of art.

Rosemarie Gebhart was awarded the First Prize of $500 for her assemblage On the Road Again, & Again. 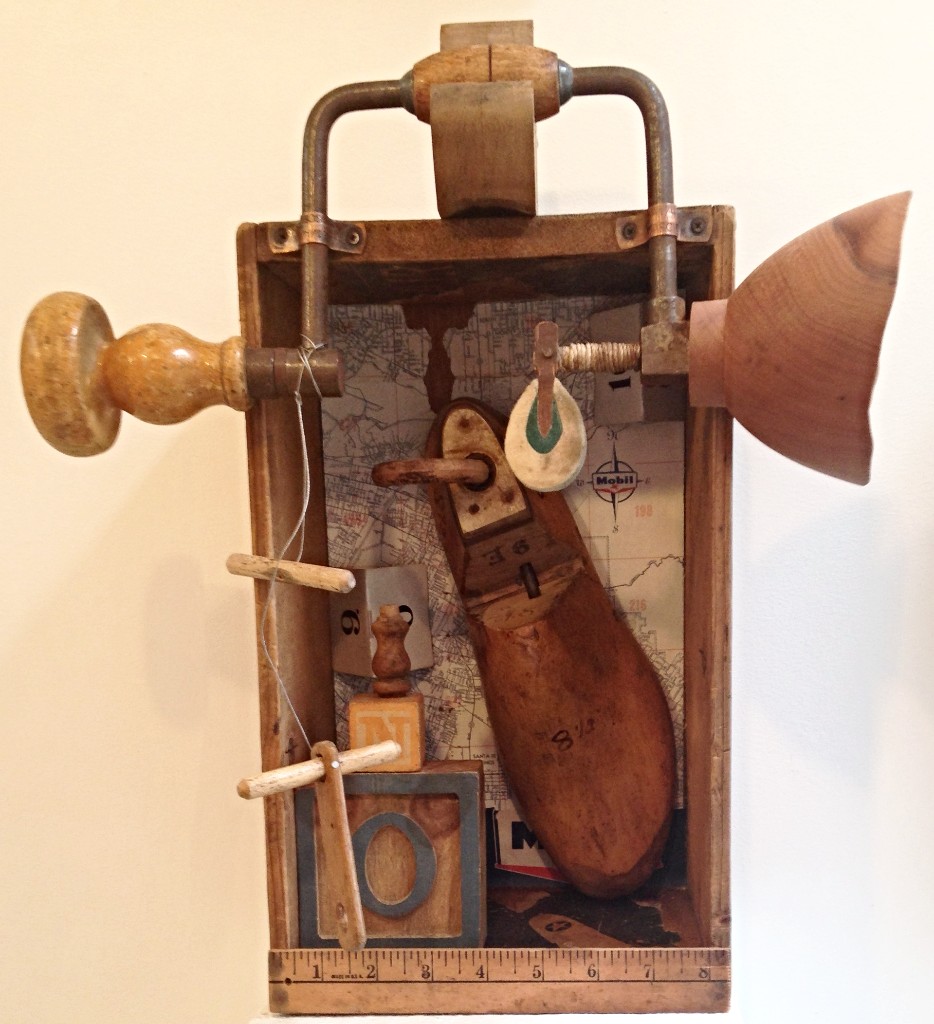 (On the Road Again, & Again)
The Second Prize of $300 was awarded to Sharon Nigh for Map to Yosemite. 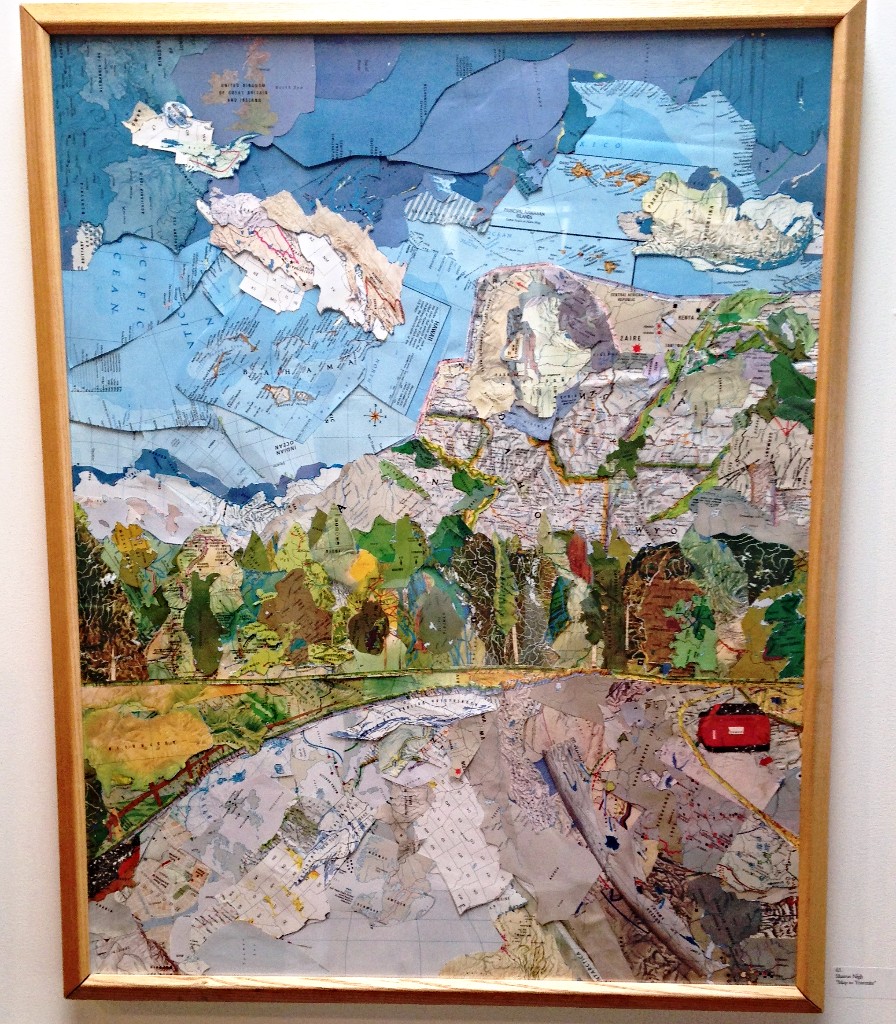 (Map to Yosemite)
The Third Place award of $200 goes to Joyce Wilson for The Oldest City. 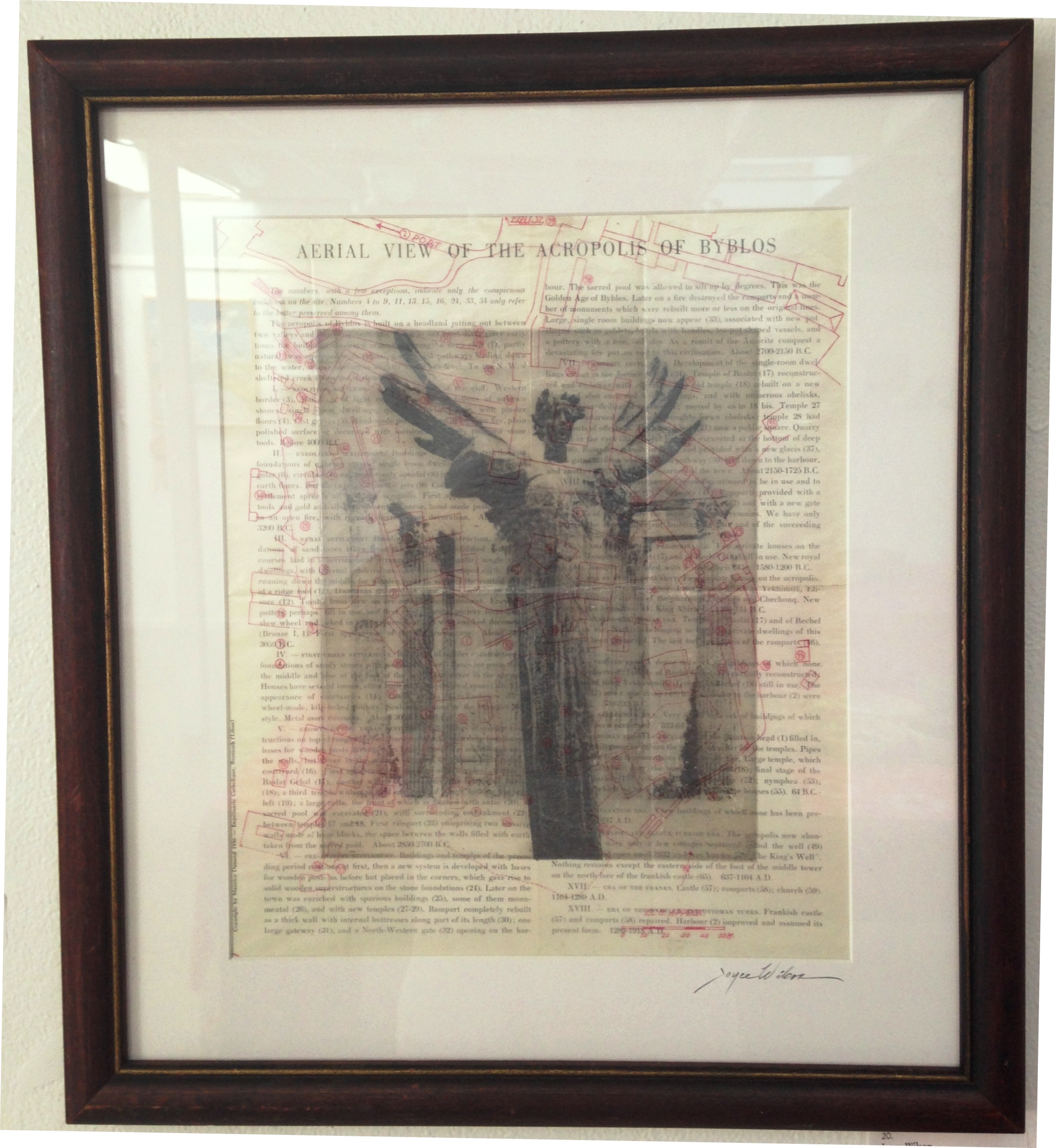 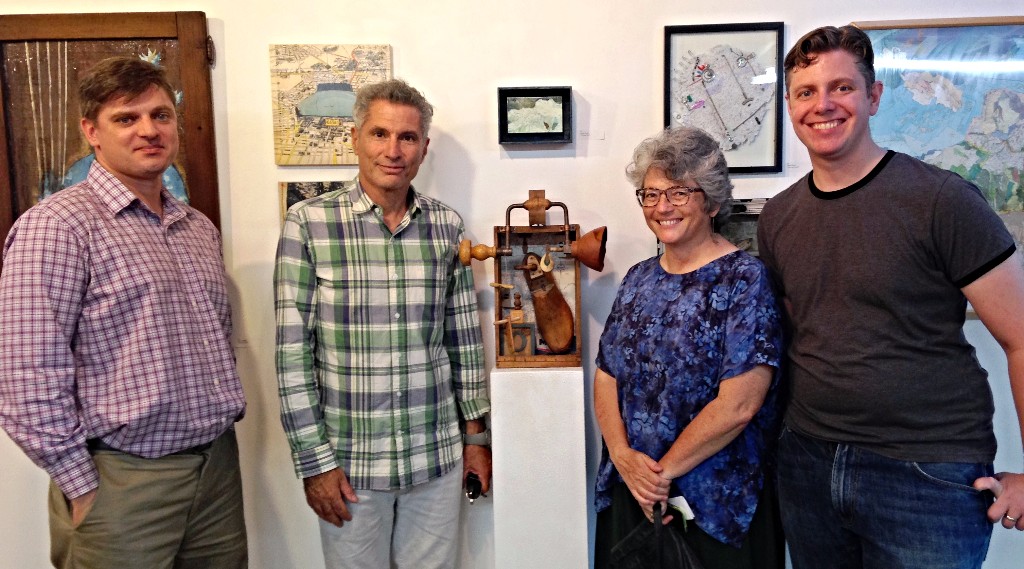 (Nathan Vonk, Greg Corso, Kerry Methner, and Jeremy Tessmer)
Come see the art at the AFS Gallery until October 10. (Gallery Hours are Tuesday – Friday 11:00 am to 5:00 pm and Saturday 10:00 am to 4:00 pm.) Bidding will continue at the Lost in Scrap Fundraiser on Saturday, October 10, from 6:00 pm until 9:00 pm at Art From Scrap. Winning bidders will be able to take their art home with them that evening. All proceeds benefit Art From Scrap’s art and environmental education programming.

Besides the Art Auction, the event also has a Silent Auction of donated items, including a four night stay in Sayulita, Mexico, a trip to Santa Cruz Island, a brood of chicks, and dinner at local restaurants.

Other festivities of the evening include live music with OnE and a photo op with the creative dynamo Bob Debris who will photograph guests in Lost in Scrap-inspired costumes. Patrons will also enjoy local beer and wine from Telegraph Brewery,  Kalyra, Santa Barbara Winery, and Alma Rosa.

Admission to the Lost in Scrap Fundraiser is $15.00 per person. Tickets can be purchased online at EBrite- Click Here for Link or at Art From Scrap at 302 East Cota in downtown Santa Barbara.